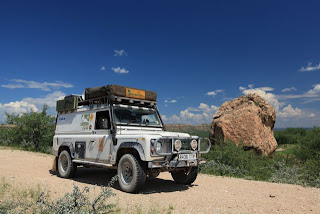 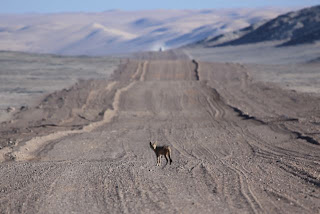 LOWLIGHTS…
1) Our first proper breakdown where we didn’t have a spare to repair Dassie straight away. Our alternator decided to start self-combusting on the road to Luderitz. Well timed in an area where you can’t leave the road as it’s a diamond mining area and there is no phone reception….. an aptly named gentleman called Gabriel, came to our rescue and towed us alarmingly fast to a campsite in Luderitz.  Nick changed the alternator like some sort of mechanical God – he is getting better with the Haynes manual. 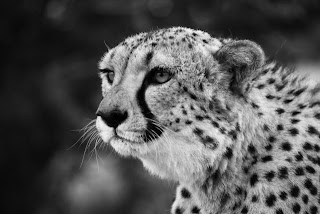 HIGHLIGHTS…
1) Adding Lions, Hippos, Wildebees, Elephant, Black-Faced Impala, Red Hartebees, Black Backed Jackals, Banded Mongoose, Dwarf Mongoose, Secretary Birds and many more beasts to our “spotted” list.  Flying over and into the Okovango National Park and meeting our friends (Sim & Kate) that run “Elephants for Africa”.  Amazing to see elephants at close hand, amazing food, people and memories.  Gin & Tonic sun downers after the Makoro boat trip a must – we will be back!!
2) Meeting some more “like minded” overlanders in Swakopmund, Aus & Windhoek. We thoroughly enjoyed listening to traveller’s tales and having a good laugh.   Hope to see you again guys!
3) Driving the Skeleton Coast National Park, amazingly stark with the contrast of dunes and fierce crashing waves…..and yes – there are lots of skeletons.
4) Visiting the Save the Rhino Trust camp, they have really cool showers.
5) Seeing the Garub wild horses en route to Luderitz, a great place to while away the time watching inter-politics between the horse groups.
6) England winning the 6 Nations 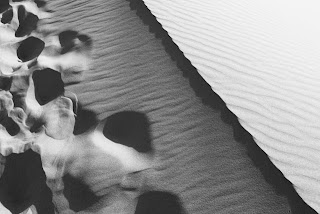 RANDOM FACTS…
1) We have passed the Tropic of Capricorn 3 times already.
2) Nick has had his fix of fixing Dassie by rejuvenating her suspension (coil springs and shocks) on a perfect workshop floor…a sandy campsite
3) We were ‘upgraded’ to a chalet at a guest farm due to an impending thunderstorm, which was going to potentially flood the river then the campsite. Totally unexpected, and a most welcome night in a real bed for us. If anybody is passing from Soussusvlei to Helmeringhausen then do stay at Barby’s guest Farm, really lovely.
4) An alternator is quite heavy, especially if you have walked 2km from the post office with it….even heavier when you drop it in the engine bay and you skin your knuckles whilst getting it out and you are getting sun burnt! 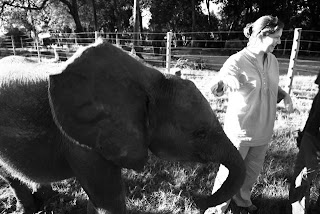 Posted by Nick Bradshaw at 6:21 PM No comments:

Countries visited – Congo, DRC, Angola & Namibia
Miles travelled –  2667 miles
Sunny days – 27 days
Coldest night – 18’C Kamanjab, Namibia
Warmest day – 38’C Purros, Namibia
Highest mountain pass travelled – 4879ft, Van Zyl’s Pass
Cheapest fuel – £0.27, Angola
Best food tasted – Meat (of known origin) & Wine!!! We treated ourselves to the best steak and chips at the Luanda yacht club, it was delicious.
Best wild camp – Kimassa Nord Village, DRC
Most useful things – Knowing that once we got to Namibia we no longer had visa constraints/deadlines, our waffle boards were invaluable on our Congo crossing, a spare jerry can of diesel which ended up being our ferry ticket across the Congo as they had no diesel for the ferry!!
Least useful things – the humidity on our Congo crossing & ZERO Portuguese for our time in Angola 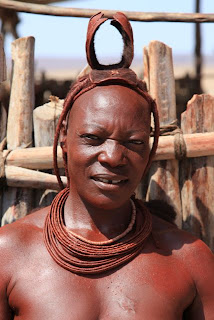 LOWLIGHTS…
1) The challenging road that was built during the Belgian Congo era that has had no maintenance since it was built – it was also a highlight looking back.
2) Being stamped on the wrong day entering Angola which nearly left us 1 day short with 4 days to transit 2000km cross country…..the official then wrote over the stamp which caused a little patience/fretting exiting Angola. Luckily we got the phone number for the official at the border post, this was our get out of jail free card!!
3) The craziest tsetse flies in Angola that just wouldn’t die & Nick got bitten (they like the colour blue). The worst was when we had just got them out the car or killed them that we had to stop at a checkpoint and 5 more flew in! The official at the checkpoint then told us that there was no problem with tsetse flies (he lied)! 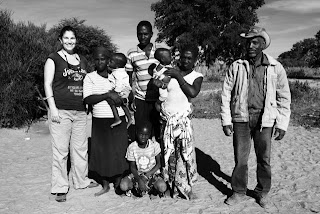 HIGHLIGHTS…
1) Crossing the mighty Congo at a rarely used ferry crossing. Although the road was a lowlight, this experience was quite unforgettable. We met amazing people along the way and saw very remote & beautiful countryside.
2) Being the first tourists in a village called Kimassa Nord in DRC. We even got a full village send off the following morning.
3) Getting a police escort to a fuel station in Luanda. We got a bit confused with a one way system so asked a policeman on a motorbike (white leather boots & gloves styleee) for help and he showed us the way in a traffic stopping way, absolutely priceless.
4) Nick having a catapult contest with some village boys near Quilengues in Angola where we camped overnight – the Black Widow catapult was no match for the local weapons…..  the kids were 10x more accurate than Nick! (I let them win….honest!)
5) Van Zyl’s Pass and all the scenery getting there.  Passing through Marienfluss, big wide spaces – the horizons just got bigger and bigger.
6) Seeing wild animals in the wild!! We have seen Springbok, Ostrich, Baboons, Giraffe, Aardwolfs, Porcupine, Warthogs, Oryx & Zebra in Namibia so far.
7) Visiting a Himba village near Purros. We had interesting chats with the Chief and some of the Himba ladies who are admirably very good, bare chested,  business ladies who drive hard bargains (Nick only managed to get £1 knocked off the curios). 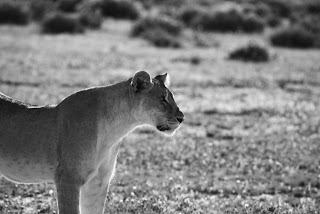 RANDOM FACTS…
1) We had no problems/ hassle from anybody in Congo & DRC if anything we had one of the best times in these countries despite the ‘bad’ press you hear.
2) Angola is spectacular!!! We would definitely love to come back here on a hopefully longer visa. We did try and extend our visa in Benguela but they have stopped extending them here, you can only do this in Luanda now.
3) We were quite overwhelmed with choice when we went into our first shop in Namibia. You never realise this living in a modern world although we have become very fond of small village shops and street vendors, long live these great African entrepreneurs. 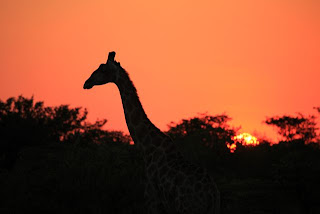 Posted by Nick Bradshaw at 4:58 PM No comments: