Nick & Vicki are supporting Solar Sister on their trip.

Why? - 1.6 billion people on the planet don’t have access to reliable electricity.  That’s one quarter of the world’s population.  70% are women and girls living in developing countries.  They rely on kerosene lanterns and candles for light.  They spend hours each day collecting wood to burn for cooking and heat.  They spend up to 30% of their family income on energy that is insufficient, hazardous and unhealthy.  Unhealthy for people and unhealthy for the planet.  Lack of access to electricity is both a cause and an effect of unremitting poverty.
How? - The most important step to ending poverty is to create employment and income opportunities.  Solar Sister does just that by empowering women to generate income by selling solar lanterns to their natural networks of family, friends and community. The women become change agents in their communities, providing access to clean, dependable solar light for homes, schools and clinics. Solar light replaces the toxic kerosene lanterns and enhances education, improves health and safety and provides economic opportunity.  Through economic opportunity and the transforming benefits of solar technology, women are able to lift themselves, their families and their communities out of poverty
Call to Action - Nick and Vicki are using their trip to reach remote parts of Africa and to raise awareness of the work of Solar Sister.  They aim to do this by:
1) Demonstrating the lamps to people along the way
2) Helping to create more "Solar Sisters" and empower women and their families / communities out of poverty
3) Performing a photographic study and advocacy project to support the work of Solar Sister
4) Using online media and their own network to spread the word about Solar Sister
5) Helping to generate income for the charity via donations
6) Collaborating with other travellers, photographers, writers, newspapers, charities, schools, patrons or sponsors that would like to get involved in this project.

Take a minute to visit the Solar Sister website and we hope to hear from you.  Thanks!!

The lamps we are taking can be bought from Amazon


Posted by Nick Bradshaw at 9:16 AM No comments: 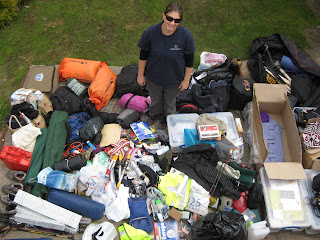 Posted by Nick Bradshaw at 8:56 AM No comments: