Smugglers Tracks, Lost & Not Found (Yet)

Hoal Hola!!  Well, we have hit Day 80 and done nearly 10,000 Kms. The last week has been spent in the wilds of Spain and Andorra, getting away from tarmac and on to more remote rocky, dusty tracks.

The landy has had a good work out on steep, single track roads, most of which are remote and above 6000 feet+. Many of them have been (still are) used as smugglers routes from Spain to France and Andorra. The scenery has been amazing and we have done quite a few wild camps – one of which was at a spooky (no longer used) ski resort. 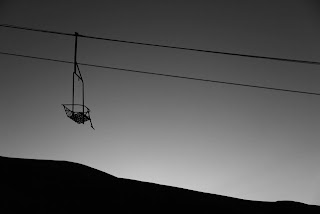 We have also seen some pretty amazing wildlife, including a family of Wild Boar (that’s what happens when you decide to drive at 2am) and a group of Vultures, not sure what the technical term is for a grouping of vultures is.....Anyone??

The good thing about getting away from the crowds is you meet local people and sample real local food. 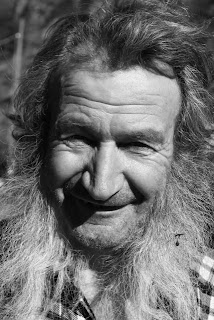 The diet has now changed from Expresso and Ice Cream, to Rioja and Chorizo. The landscape has also changed from the rocky coast of the Med to the high, arid Iberian plateau.

Since the “salt incident” Nick has also had to admit that he has lost his wedding ring! We think (well, he thinks) it may well be in the bowels of the Landy some where. 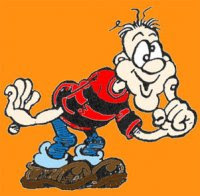 Time will tell, but we hope it will turn up (sorry Vicks!!) Meanwhile Nick has been dispatched to the local plumbing shop to buy a pipe olive until such time "he" can "find" the original.

We really enjoyed exploring the mountains

Well, we are well on our way to being totally acclimatised to the much warmer weather that we have experienced over the last few weeks. We are quite pleased that we have spent this time in Europe, as it may have been a shock to the system going straight to Africa without feeling a bit of heat.

I know that I mentioned how quickly time flies by in my last 30 day report but it just makes us think of how much or how little one can do in their spare time and learn to appreciate all the time we have…..so what happened in the last 30 days….

Countries & Principalities visited – Italy, San Marino, Vatican City, Monaco & France
Miles Travelled – 1411
Sunny days – 28
Coldest night – the 2nd night in the Dolomites at 2’C
Warmest days – we had two days at 42’C in Sienna & Pisa but have averaged around 35’C for the remainder of the time
Most expensive place to pop to the loo – Venice @ €1.50 a visit!
Most used things out of first aid kit – Anthisan & Antihistamines
Most useful things – the FRIDGE, silk sleeping bag liners, Lidl supermarkets (only for their aircon, good respite breaks from the heat!) & the Land Rovers aircon unit aka the two flaps in front of the dash although you know its warm when Nick asks if you have accidentally turned the heating on!
Least useful things – our warm clothes, aluminium ‘kitchen’ table & our British road atlas

LOWLIGHTS…
1) Being bitten by the most vicious mosquitoes in the Delta region in the North of Italy
2) A campsite wanted to charge us €35 to camp for the night and that didn’t even include electricity!
3) Getting a stale loaf of bread when having ordered a fresh loaf for the morning
4) The fridge is too far away from the back door… I won’t say anymore as Nick has previously written up on the “How Hot You Feel Index”

HIGHLIGHTS…
1) Discovering a campsite that lets you use bicycles for free, great for exploring
2) Hearing a gaggle of older Italian men exclaim “Mamma Mia” during several world cup games
3) Meeting some Alpine cows that were curious enough to want to sniff my shoulder bag…I really like cows for those that don’t know.
4) Meeting new people and the absolute generosity of the people that we have met. We have been given guides, maps, hints & tips on where to go and even been lent books to look at, thank you to everybody who has made our day on these occasions.
5) Visiting Venice, Perugia, Castelluccio, Rome, Sienna, Pisa and some fantastic beaches along the way.
6) Setting up a trampoline, cleaning a pool and making crystals with the boys was great fun whilst staying with good friends in France

RANDOM FACTS…
1) Having cold showers was the way forward for us when it started to get warmer and sometimes was so needed just to relieve the itch from our mozzie bites.
2) We set a new time record on the Monaco F1 circuit…… Dassie definitely managed to make it round in the longest time…and then we got stuck in a traffic jam of Ferrari’s that were doing a London to St Tropez rally….surely we should have taken priority as we were travelling further but unfortunately Dassie just didn’t look spangly & shiny enough.
3) I was awoken by Nick in the middle of the night in Italy, in my sleepy state I thought he said that there was a ‘wild lady’ pulling at our rubbish bag that was attached to Dassie. After much waiting and watching in silence I was quite confused when we saw something on four legs trotting away when I was expecting a hunched over forest lady to walk away. What Nick had actually said was that he thought there was a wild dog but it actually turned out to be a wild pig! Africa will be exciting at this rate.

Hi folks, well we are slowly creeping around the Med and have been enjoying some great sites and sounds and also some exotic cooking!


We were staying in the Camargue Region of France that is kind of like the Everglades in Florida. They grow rice and its famous for its salt pans, horses and bulls.  The main beach front is miles long and its free to camp and people live there all year, so if you don't mind nudists, hippys and travelers you are quids in.

We had been having a few issues with the fridge battery supply that meant we needed to use up some nice cured ham we had purchased.  Nick decided to cut up the ham and make a Spag Bol, with the "Bol" being made of tiny and not so tiny bits of the ham.  All seemed to be going well and so we made a "mega" amount of the Bol for the next few days.


Vicki did mention in passing that the meal might be a "bit" salty and the first batch we ate was not in want of any supplementary grains.  All was well.  However the next day we had another batch and the Bol had taken on a mild "sea water" taste.  OK with plenty of water and a bit of salt is good in a hot climate we thought (Nick noted that the Spag to Bol ratio on Vicki's plate had some how "dramatically" shifted in favour of the Spag) .  However, by the 3rd day, the Bol salt levels could only be described as having reached "danger" and could not be eaten.

To add salt to the wound (sorry about the salt theme) the Bol decided to leak out of its box and coupled to the smell of the nearby salt pans**, we decided that we had had enough of of our friend Sodium Chloride.  We pushed onwards to Spain but the whole incident brought back some "happy" memories of Nick's first (and last) gammon Xmas dinner....... the one where he "some how" forgot to boil the ham before putting it in the oven to roast ......  Matt & Jess we apologise again!

Southern France is a great place to explore