Countries & Principalities visited – France, Andorra & Spain
Miles travelled – 2066
Sunny days – 27
Coldest night – 7’C in the Spanish Pyrenees
Warmest days – 38’C in the Spanish Pyrenees
Highest mountain pass travelled – 7477 ft track from Llessui in the Pyrennes
Cheapest fuel - €0.93/litre in Andorra
Best meal – Roast chicken & potatoes, thank you Mrs B J
Weirdest place we wild camped – ghost ski resort in the Pyrenees
Most useful things – our warm clothes  whilst we were in the mountains,  the road atlas & guide for Spain that Fiona & Colin gave us, thank you.
Least useful things – big rectangular plastic storage box…it actually took up too much space so we gave it away & our auxillary battery that died a death. 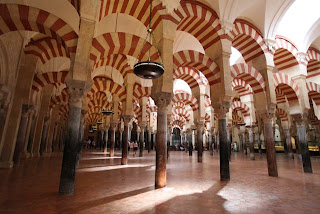 LOWLIGHTS…
1) We thought €35 was a lot to be charged for camping but we were yet to be surprised when we got to the Costa Bravo……€55 a night for two people is outrageous! We compounded our shock by trying to sleep in the cab of Dassie which resulted in stiff necks and driving into the mountains at 2am…..we slept very well in a forest car park after this!
2) Nick losing his wedding band….I don’t think it is in the Land Rover but there could be a lucky gypsy in The Camargue that had his day made finding a platinum ring! 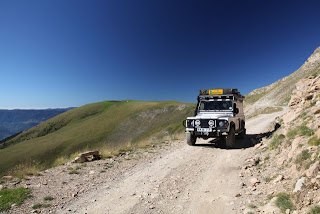 HIGHLIGHTS…
1) Spending a great afternoon sailing and swimming with friends.
2) Finding a fabulous campsite in France with a secret beach for snorkelling.
3) Doing some super 4x4 tracks high in the mountains in Andorra & Spain., we spent most of our nights wild camping in the mountains too.
4) Vulture spotting in the Pyrenees.
2) Walking the length of the ancient aqueduct in Segovia and visiting the Mosque/Cathedral in Cordoba. 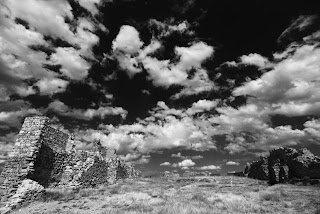 RANDOM FACTS…
1) A lady always finds a way to do some shopping…….as some of you will know, Nick occasionally enjoys the occasional cigarette. Although I don’t mind this entirely, I did mind the fact that the cigarette money was coming from our daily/weekly budget. So a compromise deal was reached….I get the value of the cigarettes in a little kitty to spend on whatever I like J
2) We treated ourselves to our first gift and we bought ourselves a snorkel and mask each. We have already spent some great hours swimming and spotting different fish.
3) Spanish road signs can sometimes be a bit sparse (missing, stolen or possibly removed purposefully) so if in doubt drive on a bit further and you will inevitably find another sign to point you in the right direction.
4) The library in Toledo’s Alcazar is really fabulous. A great place to unwind for a little while, they sometimes have some photographic/art exhibitions as well as free wifi.
5) We have helped numerous people in a spot of bother, which started during the 60+ days. Two of these incidents happened at one campsite, different people, different days but one thing in common….as the owner of the campsite said, ”Problemo camping platz number 10!!” We have helped to put smiles on people’s faces and allowed some to go to bed with full tummies.

Posted by Nick Bradshaw at 7:21 PM