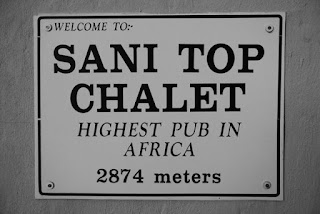 LOWLIGHTS…
1) The mini ‘high’ season that we bumped into in Mozambique. It was more relaxed and less packed the further North one went which was pleasant.
2) The selfish South African caravaners who packed up camp and then parked their massive caravans and cars blocking the entry/exit point of the campsite as they had showers…how rude! 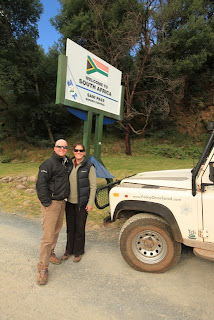 HIGHLIGHTS…
1) Visiting the Bazaruto Islands to go diving and snorkelling, absolutely spectacular and proper ‘paradise’ beaches.
2) Going on a snorkel safari which is the craziest thing in it’s own but we got to see some mighty Whale Sharks and Manta Rays.
3) The fantastic views on our drives through Lesotho down the Sani Pass and all the way along the old ‘Transkei’ hills and coast.
4) Visiting the Nelson Mandela museum in Mthatha, Eastern Cape. Very interesting, informative and it’s free to visit. One big block of history well worth visiting.
5) Reaching Cape Agulhas, quite surreal that we had just driven all the way from Morocco but very satisfying.
6) Being able to catch up with friends and family on the way home. Thank you to Dean, Danielle, Athena & ladies, Eddie, Ant, Bronwyn, Jeanne, Graham, Rejeanne, Doekle, Lizzie & Marc. 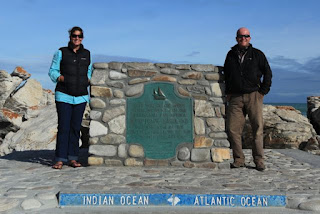 RANDOM FACTS…
1) We passed the Tropic of Capricorn one more time…we crossed this Tropic a whole 6 times on our trip!
2) It’s not comforting passing ‘Hijack Hotspot’ signs in a heavy Land Rover on the outskirts of Joburg. Anybody who owns a Defender will know the acceleration rate is lacking!
3) Finding a campsite that has industrial washing machines and tumble dryers, I couldn’t contain my excitement and had to do a load of washing!! (Hadn’t seen a tumble dryer for over a year.)
4) We left Cape Town on a stormy day in May 2010 and we returned to Cape Town on a stormy day in May 2011 - Karma!
5) One year and one day on the road and way too many memories to list here!! 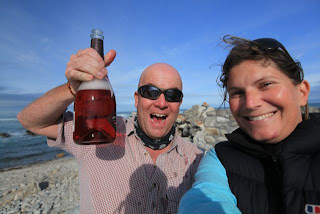 Thats all folks!
48,361km after we started, we are now living our new life on the Western Cape, South Africa.  It was a strange day when we pulled into the drive and odd to be living in a house again.  But its the start of a new adventure and a new chapter in life.  Some things we missed for sure while we were away but home is home and we are now HOME!
Viva the people of Africa!
Viva the great continent of Africa!!
Viva AFRICA!!
Nick & Vicki
www.langebaan-sunset.com
Stonehenge to Cape Town 2010/11
Posted by Nick Bradshaw at 5:51 PM